Getting Started With Flutter: Part Three

This is part three of a series of blog posts about getting started with Flutter. In part two, we used the Flutter plugin to create a new app project, ran the app using an Android Emulator and made use of Flutters’ Hot Reload feature

In this third and final post. You’ll change your flutter app into a joke app. The jokes are retrieved from an API and rendered onscreen.

Adding dependencies to your app

With your new project open in Android Studio. Open the pubspec.yaml file. 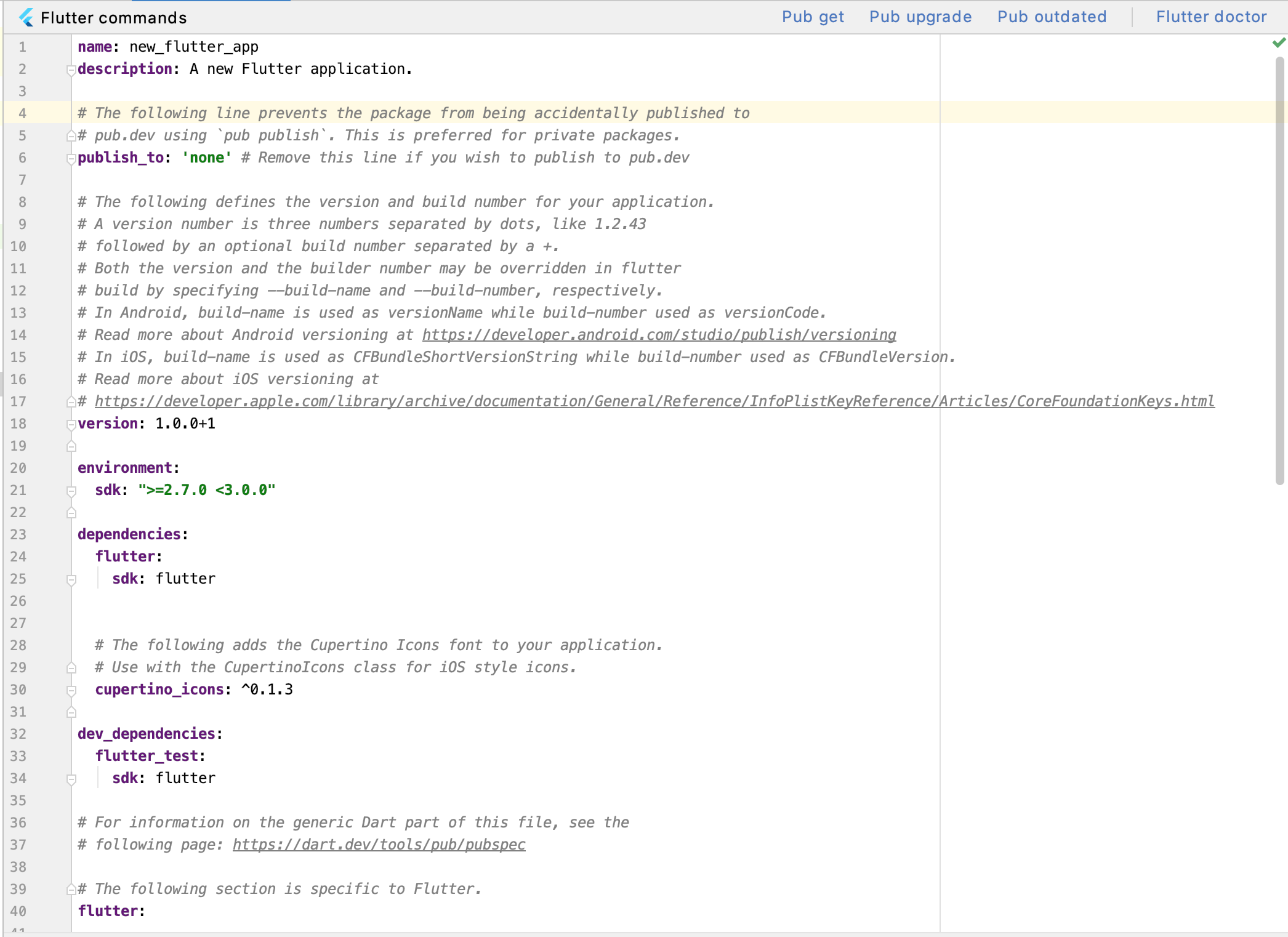 For now, you’re going to add a package called http. It’s a package for making http requests using Dart. In the pubspec, find the dependencies section and update it to look like the following:

Next, tap the Pub Get button running along the top of the pubspec.

A window will appear along the bottom of Android Studio, showing the pub get command being run. Once it completes, the http package is downloaded and available to use in your app.

If you want to know more about what packages are available for use with Flutter, there’s a dedicated site called pub.dev where you can search for them. You can also publish your own packages here. We won’t cover publishing packages here.

With the http package added, the next thing to do is to use it in a dart class.

In Android Studio, create a new dart class in the main folder. You can do that by right clicking on the folder, then moving your cursor over new, then finally clicking Dart File that appears in the popup. 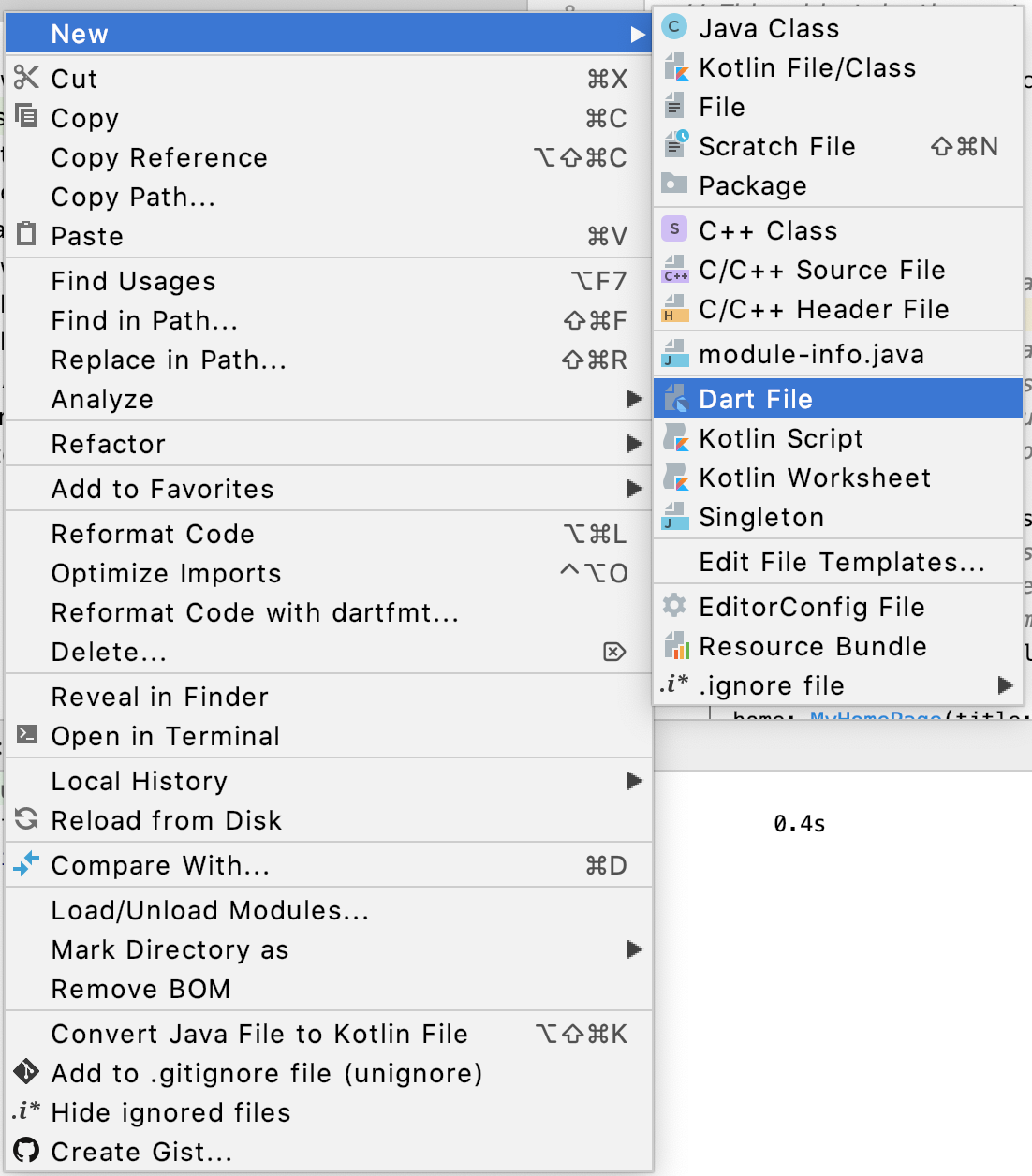 A popup will appear, asking for the name of your new dart file. Call it jokes, then hit enter. A new window will appear, containing an empty dart file. 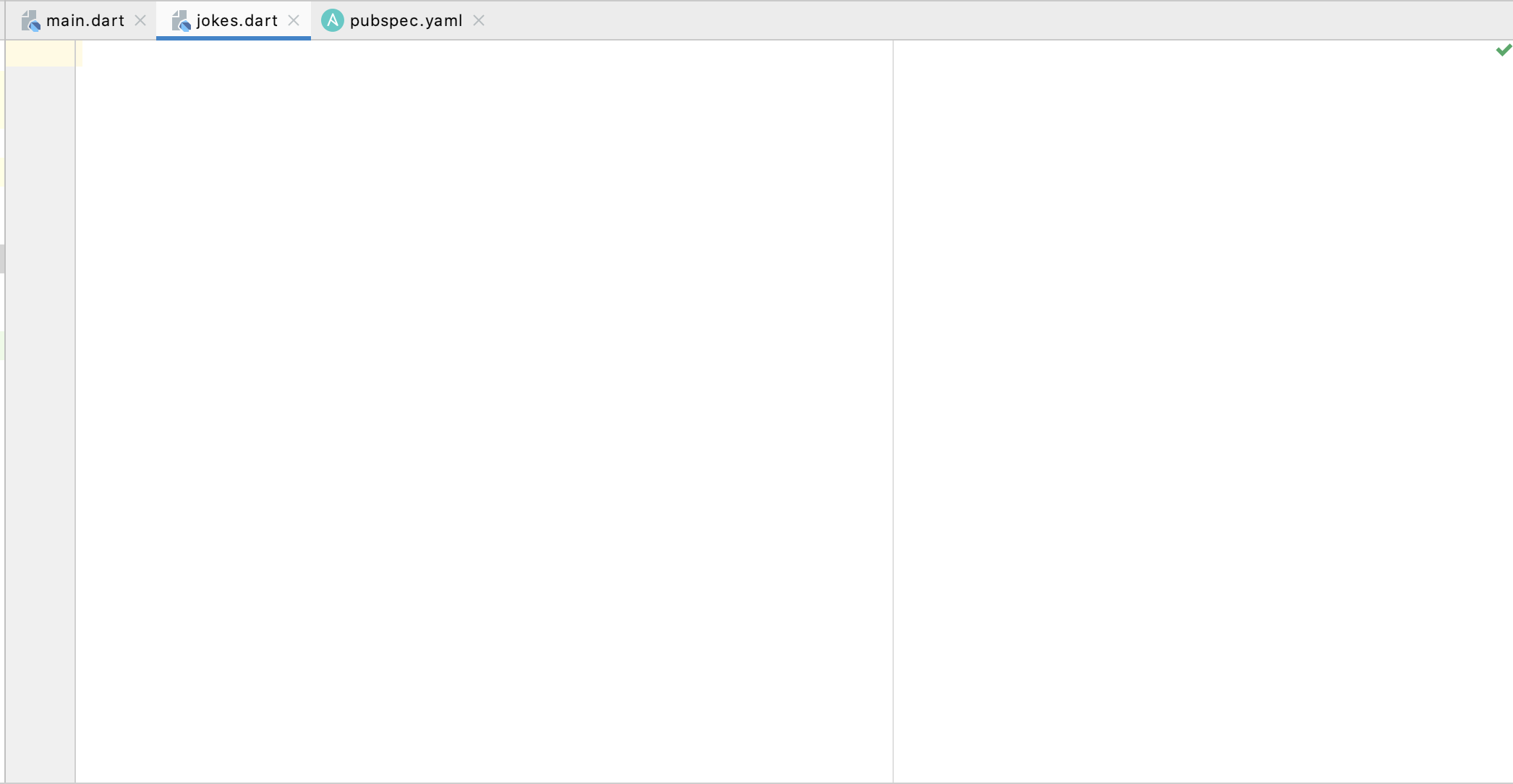 At the top of the file, add the following lines to import the http package and another package called Convert. Convert is a builtin package for dart, providing encoders and decoders for different types of data formats. We’ll use Convert to retrieve a joke out of the json response returned by the API.

Next, add the following code to add a class and a method to the file:

Here’s what the dart code does:

With the API hooked up. The final part is to update the UI to use the Joke class and show the joke.

Open main.dart. Then scroll down to the _MyHomePageState class. This class is responsible for updating the state of the screen. At the moment, it only knows the amount of times the button has been clicked.

Update the class so it instead retrieves a joke, then renders it to the screen.

Here’s what the code is doing.

If you’re wondering why classes and variables are prefixed with _, it’s to do with the way Dart handles visibility. This short post helps explain how it works.

With the state update handled, the final thing to do is to tell Flutter where the joke should appear.

In the build() method in _MyHomePageState, update the Children objects to the following:

Here, you remove one of the Text objects and update the other to show the value of _joke. Text objects render TextFields in your app.

Update the floatingActionButton to call the _getJoke method when it is pressed.

Finally, to add abit of polish, scroll upto the MyApp class. Update the MaterialApp title and the MyHomePage title parameters to Jokes. This updates the title of your app screen.

With the Android emulator open from earlier, click the green Run button along the top of Android Studio. Whilst Flutter can hot reload the UI, we’ve added code that makes network requests. It’s safer to make sure the code is available by rebuilding the app.

When the app appears in the emulator, press the button in the bottom right. A joke should be requested from the API and rendered on screen. 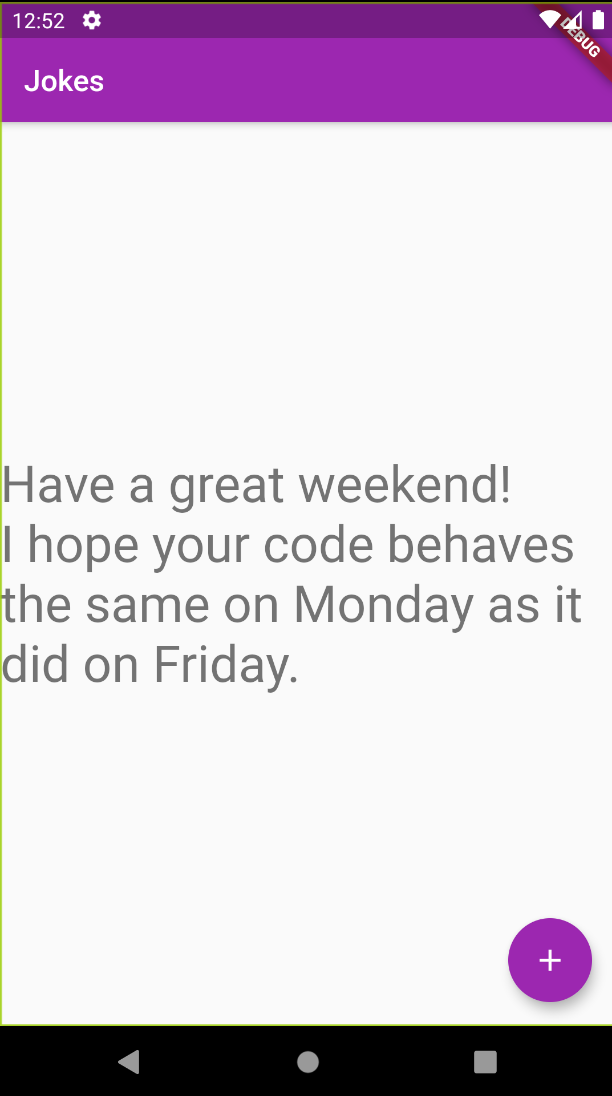 If you’re interested into diving more into Flutter. Here’s a few websites I recommend:

That’s all for this series of posts. I hope you find this useful.